False pastors and false prophets have infiltrated numerous churches in South Korea, spreading their dangerous poisons of heresy. Masquerading as saints, these tricksters slither into the pews Sunday after Sunday, slowly gaining the trust of the people. Then, after months—or even years—have passed, they strike, turning the people against their senior pastors, appealing to emotional arguments, and offering new and enticing versions of truth. 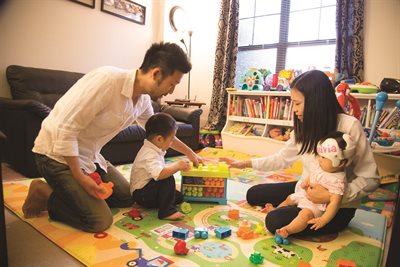 Sanghwan “Andy” Lee (current STM student) envisions an alternative life for the saints in his homeland, a ballast that will bring stability as the storms of heresy thunder. Lee works for Genius Factory (GPAC), a start-up company that presents a classroom-alternative education through the development of mobile device applications. Lee translates deep theology into common language, which is then converted into an interactive visual mind-map form on GPAC’s mobile apps (which can be found on the Android and iOS app stores). 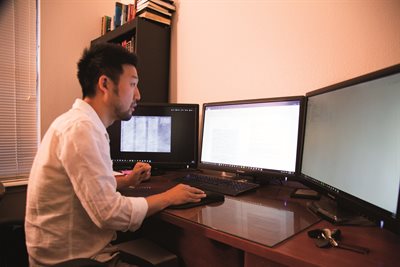 Korean false prophets don’t neglect the original languages of the Bible—they twist and manipulate them to garner support for a whole list of heresies, Lee explains. For example, they suggest that since the Hebrew word אֱלֹהִים (elohim, “God”) is plural, that means there are multiple gods. Even as a youth, Lee sensed something was amiss, but he couldn’t quite pinpoint it. After attending five different seminaries, he has landed at DTS, where he has been thrilled by the depth and precision of study both in the original languages and in systematics.

But how can a mobile app fight heresy? Lee explains that formally studying the Scriptures is difficult for Korean people, yet they all carry mobile phones, playing games and watching movies before they fall asleep at night. But now Koreans can peruse the original languages of the Bible or dip into the various branches of systematic theology. As they grow in their understanding, they will be equipped to combat the heresies that threaten their churches.

“Create an alternative,” says Lee. That’s the only way to bring change.

You can purchase 하나님의성호(히) [tr. "The Name of God (Hebrew)"] for iPhone and iPad from Apple's App Store or for Android device from Google Play Store.

Matt Snyder
Matt Snyder is a storyteller whose passion centers upon Christ and our union with him. He writes how that union forms, informs, and reforms all aspects of everyday human living: our rituals, spaces, and artifacts. Matt loves his fiancée, Lily, aesthetics, design, innovation, and tea.
Tags: heresytechnology

Raquel P. Wroten
Celebrating the Retirement of Dr. Mark L. Bailey after 19 Years as DTS President And we all, who with unveiled faces contemplate the Lord’s glory, are being transformed into his image with ever-increasing glory, which comes from the Lord, who is the...
Campus News

A Prayer and a Plea for Our Nation   Righteousness exalts a nation, but sin is a disgrace to any people (Proverbs 14:34, nasb). As we watch the news and see our city streets in turmoil, my heart, like...
Chapel

Timothy George
The Witness of Three Heretics Dr. Timothy George, dean of Beeson Divinity School, Samford University, shares with us the importance of the development of doctrine for evangelicals.
Bible

Michael J. Svigel
The Language of Theology Drs. Glenn Kreider and Michael Svigel, professors of Systematic Theology, join Dr. Darrell Bock at the table to discuss how language regarding theology can invite others into...