Recognizing that many who want to attend seminary cannot do so, Rhome van Dyck (ThM, 2004), executive director of Sacra Script Ministries, wondered how he could take his own seminary education and make it accessible in a form that local churches could use.

All too often, Christians view the Bible as a box of puzzle pieces dumped out on a table—a jumble of unrelated characters, events, and principles. There might be a piece with a lion’s den over here and another with a cross over there, and one that looks like a white horse somewhere in the mix. But how do they fit together? Many committed, Christ-following believers likely couldn’t tell you.

That confusion is precisely what Sacra Script Ministries seeks to address. Sacra Script is a Plano-based publishing house founded by a team of four DTS graduates with a unique passion for putting solid theology into the hands of local churches: Rhome van Dyck (ThM 2004), Carlos Astorga (ThM 2005), Jonathan Murphy (ThM 2004, PhD 2009), and Vanessa van Dyck (MA[BS] 2012). Together, they craft Bible studies rich in theology and marked by an emphasis on scriptural unity.

Putting together the Puzzle Pieces

“Sacra Script is a reaction against the dividing up of the text,” Rhome said emphatically. “We want to look at a passage in light of the overall picture.” He sees the mission of Sacra Script as a corollary to what Jesus did on the road to Emmaus, when he systematically explained the messianic writings of the Old Testament to his followers (Luke 24).

“That's what we're trying to do: a Christ-centered explanation of the scriptures, showing how every book is ultimately pointing to Christ (in the Old Testament) or being fulfilled by Christ (in the New Testament),” van Dyck added. 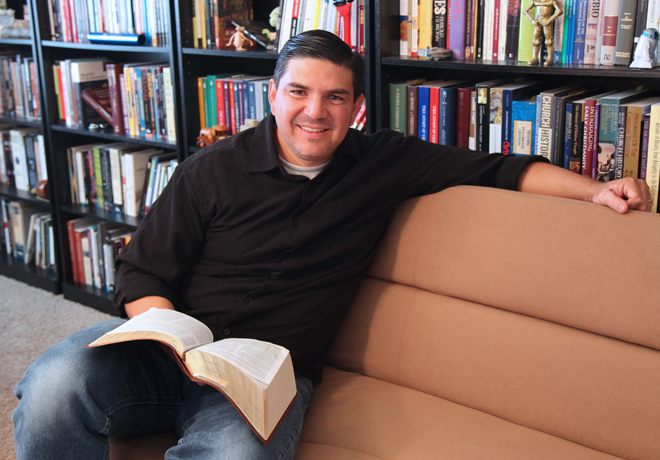 A telling example is the gospel of John. While many Christians can recite snippets such as “In the beginning was the Word…” (John 1:1) or the “I am” statements, believers often miss the overall purpose of the book as stated by the author himself in chapter 20: “that you may believe that Jesus is the Christ.” In light of that purpose, van Dyck says, we should avoid making the mistake of reading the story about Jesus turning water into wine (John 2) as a chemistry experiment or a rule on alcohol consumption, but rather as evidence of Jesus’s miraculous powers that directly support John’s overarching argument.

To help readers see the grand narrative, each Sacra Script study includes one lesson that that provides the history from Genesis up to the book at hand, and one chapter on events that will follow that book through those described in Revelation.

This approach of placing a Bible book in the context of God’s full redemption story resonates with believers, especially at a time when too many churches don’t emphasize a holistic, “alpha to omega” view of the gospel story.

“Having gone through numerous Bible studies in the past … I was looking for an in-depth study that would help explain the Bible as a whole,” said Scott Merner, a Bible study leader in Plano, Texas, who has used the Sacra Script resources individually and in groups. “These Bible studies bring to light the contextual and historical importance of Scripture and how all books of the Bible point toward Christ.”

Brought Together at DTS 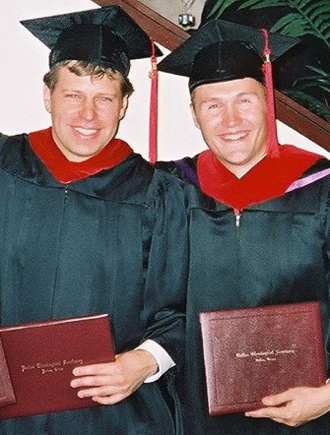 In many ways, the Sacra Script team represents an unlikely authorial union. Van Dyck is from Canada, Astorga is from Mexico, and Murphy is from Northern Ireland. What brought them all together was the call to attend DTS.

The three men met on their first day as ThM students, at the international student orientation in 2000. Rhome’s wife, Vanessa, was already a college professor and attended DTS later for her Master of Arts in Biblical Studies.

For a group of Christians who had grown up in the church—indeed, as children of missionaries and pastors—it was a surprise to come to seminary and find out how much they didn’t know.

“We were always asking the question, ‘I’ve been in the church twenty-nine years. Why have I never been taught any of this?’” van Dyck said.

“Certainly our ministry is 100 percent a reflection of what we learned at DTS,” he said.

Theology for the Average Christian 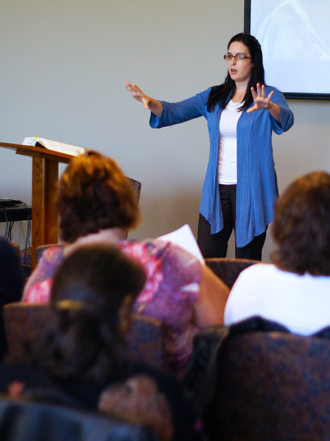 Van Dyck began serving as pastor of adult fellowships at Stonebriar Community Church in Frisco, Texas, shortly after graduation. Astorga soon came on staff in a parallel role with the church’s Hispanic ministry, and both quickly became convinced of the responsibility churches have to teach theology in their adult ministries.

Murphy, meanwhile, was accepted into the DTS PhD program, where he set to work writing his argument papers—essentially a purpose statement for each of the sixty-six books of the Bible. That was when the seed of Sacra Script began germinating.

“We all loved seminary, but we realized it’s not down at the local church level,” Rhome recalled. “People don’t see how our lives are intertwined with God’s master plan.”

With that vision of bringing theology to the local church, the team founded Sacra Script Ministries five years ago on October 31, in tribute to the 491st anniversary of Luther’s ninety-five theses.

The term “Systematic Theology” may sound lofty to many non-seminarians, but van Dyck and his coauthors have worked hard to make the studies accessible to all readers. The team drew heavily on their teaching experiences in the local church and on Vanessa’s training in principles of adult curriculum design. 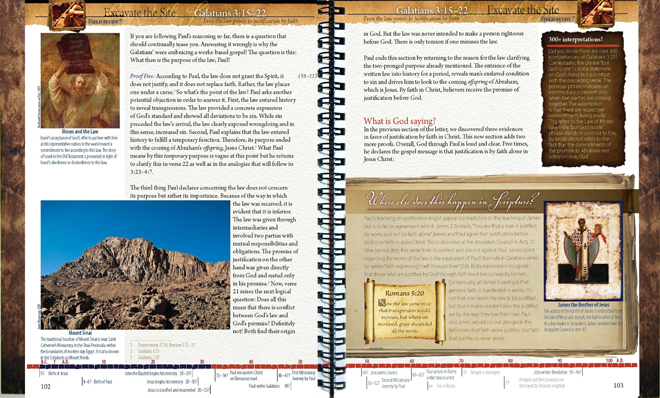 In content, the studies combine elements of Bible lexicons, atlases, and historical timelines. But in look and feel, they resemble the best high school textbooks, with colorful graphics, photos, and engaging sidebars designed to help readers connect with the ancient authenticity of the Scriptures. Accompanying video lectures are also available on the Sacra Script website.

“Our small Bible study group has found that there is something for everyone no matter how knowledgeable they are of God's Word,” Merner said.

The series currently encompasses five titles, all available on the Sacra Script website and Amazon: Obadiah, Haggai, Galatians, Philippians, and James. Ephesians can be preordered for its January 2014 publication date.

The Haggai study has been translated into Romanian, and Obadiah is available in Spanish. The authorial team is committed to making the studies accessible to international readers and missionaries who may lack formal theological training. To that end, the writers carefully avoid any American slang or culturally specific anecdotes in order to make the studies as widely understood as possible.

Doing so is a fitting practice for a ministry that grew out of an international connection and a heart for God’s Word around the world. 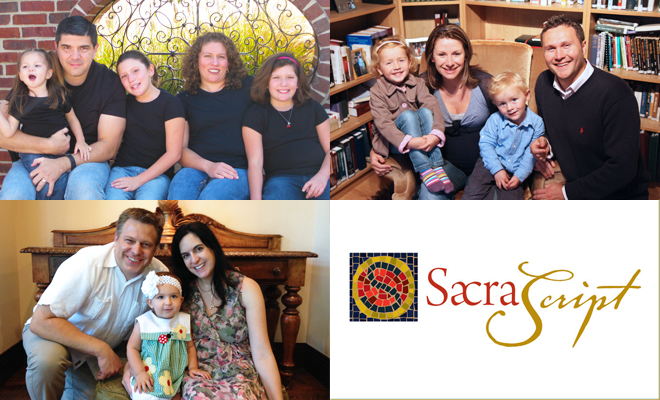 Jake Gross
I Am Not the Gardner Dr. Jake Gross, dean of DTS-ATL, takes a moment to reflect on how peace is not found in planning, but rather in the confession that God is the Gardener of life and the actions of...
Ministry