Twenty-five years ago I converted to Christianity. Here is my story of how I “wandered into the faith.”

I was born in Minnesota to a working-class family of typical blue-collar workers like what you see in the “let’s-make-fun-of-Minnesota” movies. I grew up in a congregation that was a merge of liberal churches. My hometown of Keewatin couldn’t sustain two Protestant churches, so they got together. They sang what to me were the same indecipherable hymns and recited the same incomprehensible creeds. They smoked cheap cigarettes and drank weak coffee after worship. Neither church seemed to care all that much about the Bible, theology, or liturgy, so they merged to create Congregation of the Good Shepherd Church.

My parents were nominally Christian, and they didn’t pressure us kids to conform to any rigid standards. I sometimes went to church, often went to Sunday school, and generally engaged in only as much overt immorality as I could get away with and still judge my neighbors.

In my preteen years I clearly rejected Jesus Christ. I had watched enough of Garner Ted Armstrong’s The World Tomorrow (Worldwide Church of God cult propaganda) to conclude that the Trinity was a false doctrine and Jesus wasn’t really God. I had some Jewish atheist friends, too, who tried to convince me that there was no God. I never bought that. I needed to believe in some kind of God to help explain how anything could exist. But I kept him at a distance. The idea of God was as irrelevant to me as the idea of black holes or tachyon particles. Yet I had made some theological “progress”: I decided Jesus was only a moral teacher and that the Christian religion couldn’t possibly be true because it focused too much on that one man.

Without any kind of conviction, I embraced all kinds of crazy New Age philosophies, rebelled against my family, and got involved in unhealthy relationships. I take full responsibility. God bless my parents and friends for trying to snap me out of it. And bless those poor, deluded psychologists and counselors who tried to talk me (or drug me) out of it. But it just wasn’t going to work in my case, because the root of my problem wasn’t social, medical, mental, or emotional. It was spiritual. I was a dirty, rotten, selfish, indulgent sinner. Now, I knew that. And God knew that. But nobody else seemed to know it.

By the age of sixteen my self-destructive behavior had led me down a path I couldn’t sustain for much longer without irreparable harm to myself or others. So, after seeing several pretty cool commercials for Dianetics on TV, I decided to give it a shot. I bought L. Ron Hubbard’s Dianetics: The Modern Science of Mental Health and read it in one weekend. Then I read it again. Then I took notes. Then I borrowed the L. Ron Hubbard Dianetics audiotapes from the library, which led me to start my own private auditing sessions with friends. Soon after this I acquired additional Scientology resources and got in contact with the Church of Scientology in California.

Wisdom from a “Fundamentalist Wacko”

Now, during my junior year of high school, Brian Dent entered my life. He was both my public-school English teacher and a local Baptist pastor. He saw me studying Dianetics one day during study hall and said, “Oh. L. Ron Hubbard!”

I glanced up at him, a little annoyed. “Yup.”

“He’s spending an extended vacation in the warmer regions.”

Dent smirked. “That’s what I mean.

“You mean you think he’s in hell?”

“Come on!” I said. I believed only evil people like Hitler, Stalin, and Jack the Ripper went to hell. All religious people would of course go to heaven.

Brian continued: “Sometime I’ll tell you the other side of that.”

Other side? I argued with him, but he discouraged me from engaging in a theological debate in a public school. Before he moved on, however, he stared into my eyes, pointed his finger at me, and said something I’ll never forget: “Someday L. Ron Hubbard is going to disappoint you. And when he does, call me.”

I brushed off Brian Dent as the fundamentalist wacko everybody said he was.

That Easter weekend, my friend, Jim Moore, and I attended a Star Trek/Dr. Who convention in Minneapolis. I also used that trip to visit the Church of Scientology in the Twin Cities and participate in an official auditing session. All the while, though, God had other plans for me. While I was meandering through the “dealers’ room” at the convention, a book title caught my eye. The name “L. RON HUBBARD” jumped out in big yellow letters. Assuming it was a Scientology book I didn’t have yet, I asked the used-book dealer if I could see it.

As he handed it to me, he said, “That’s a first edition. It may be the last. It’s in the middle of litigation.” The title of the book gave me a queasy feeling: L. Ron Hubbard: Messiah or Madman? That first edition was by Bent Corydon (an ex-Scientologist) and L. Ron Hubbard, Jr. (Hubbard’s son, though his name as coauthor was struck from future editions). I paid an ungodly amount of money for that book and read the whole thing that weekend. The authors alleged a secret life of L. Ron Hubbard that, if true, would utterly discredit Hubbard and the religion he founded. Clearly, the book answered the question in the title with option “b”: Madman. At first I felt like a six-year-old who just found out there was no Santa Claus. I was devastated and embarrassed. So I thought, “Well, maybe this is just propaganda by some disgruntled ex-Scientologists.” But my mind shot back: “If only 10 percent of this book is true, you’re in big trouble.”

Then I remembered Brian Dent’s words: “Someday L. Ron Hubbard is going to disappoint you. And when he does, call me.”

As soon as I returned from the convention, I phoned Dent at home. I told him what happened and that I wanted to talk to him about the “other side” of Scientology.

He invited me to his home, and there he shared the gospel of Jesus Christ with me. As he did so, my mind traveled to a similar moment when I was a kid. A kind woman named Bonnie Olson had held a Good News Club in our neighborhood and had shared the same gospel with me. And I had heard the same message once from one of the more conservative Lutheran pastors at Congregation of the Good Shepherd. For some reason it reassured me that the same gospel had come from several different people with different church backgrounds at different times in my life. At that moment, everything clicked. I trusted in the Lord Jesus Christ as the God-man who died for my sin and rose from the dead. In his sovereignty, God had called me by his Holy Spirit into the Kingdom of his Son. But from my perspective at the time, I had simply wandered into the faith.

My friends and family were convinced I had just stumbled into a new fad that would soon pass. But when I was baptized with a number of friends whom I had introduced to the Lord, my conversion to Christ was sealed. A couple of those friends were the same ones who had tried years earlier to convince me that there was no God.

Together we all joined Old Scenic Community Church of Little Fork, where Brian Dent was a part-time pastor. And by my first year of college, I felt a call to some kind of ministry. I wanted to commit my life to full-time Christian service, so I transferred to a Bible college, where I studied the Scriptures. There I met my wife, Stephanie, and married her. And later I pursued studies at DTS.

Though the content of my faith has been refined over the past twenty-five years, it has never wavered. Yes, I’ve had doubts, disappointments, and momentary deviations from the straight path. But Christ has kept his promise never to forsake me. And no matter how or where I’ve wandered, he has always restored me to faith, courage, and a holy walk by the abiding Spirit. 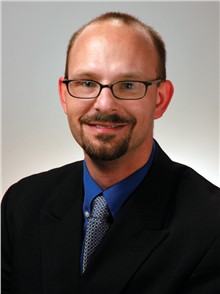 Dr. Michael J. Svigel (rhymes with “eagle”), department chair and associate professor of Theological Studies, has written numerous resources for Christian lay audiences. His book titles include RetroChristianity: Reclaiming the Forgotten Faith and Heroes and Heretics: Solving the Modern Mystery of the Ancient Church. He is also co-editor of the Exploring Christian Theology series. Many of Dr. Svigel’s written works, from scholarly to theological humor, can be found online at retrochristianity.org and bible.org.

Besides teaching both historical and systematic theology at DTS, Dr. Svigel is actively engaged in teaching and writing for a broader evangelical audience. His passion for a Christ-centered theology and life is coupled with a penchant for humor, music, and writing. Dr. Svigel comes to DTS after working for several years in the legal field as well as serving as a writer with the ministry of Insight for Living. His books and articles range from text critical studies to juvenile fantasy. He and his wife, Stephanie, have three children, Sophie, Lucas, and Nathan.